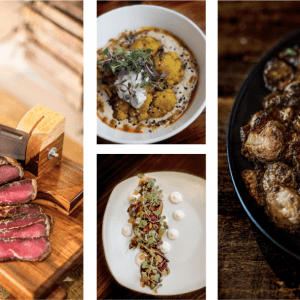 Did you know that Atlanta comes third, after Washington, DC, and New York as the American city with the most African immigrants from sub-Saharan Africa? This tidbit information also means you can find plenty of top African restaurants in Atlanta.

If you know anything about Africa, then it is that there is no such thing as Africa; a continent of homogenous culture. And why is that good news for all of you foodies out there? Well, that means there are hundreds, if not thousands, of indigenous dishes from the motherland being served at these best African restaurants in Atlanta, GA.

Just like any other immigrant group into the Americas, the African immigrants brought along their family recipes. Some running tens of generations back. Meaning all the more the mature and refined the recipe the merrier the treat to your taste buds.

Today we are going to explore a list of the top African restaurants in Atlanta. A list of restaurants, cafes, and bar establishments serving foods and drinks from the motherland. Without any further chatter, they are as follows:

However, since at the end of the day, when things are ranked, there is always the leader and another leader from behind. In that spirit, if you were to rank all the four Ethiopian restaurants, by all rights, the Delta restaurant takes the lead as the most popular.

But wait, it is not just the most popular Ethiopian restaurant; it is also the top African restaurant in Atlanta. Beating every other African food and drink establishments in the city of Atlanta.

This mash-up (Ethiopia meets America) may be a turn off for the Ethiopian food purists, but a welcome sight for other nationals from across the globe, including Ethiopian food dilettantes.

In the menu, you will find signature Ethiopian cuisines like Tibs (sautéed meat and vegetables) for lamb, fish, chicken, and Biret Mitad, among others. ‘Gosh, the lamb is off the hook!’

We did mention that Ethiopian food purist will not consider the Desta restaurant, mentioned-above, worthy to feature in a list of top African restaurants in Atlanta. However, they might agree with our runners up, the Bahel restaurant to be worthy of this list. Since it ticks all the right checkbox for foodies looking for that raw Ethiopianness, from the theme of the establishment to list of foods and drinks on the menu.

Bahel is located across the street from Desta; usually tapping into the overflow of customers from Desta. Though it is the top pick for people who really know Ethiopia.

10 Degrees South, if the name hasn’t already given it away, which African country’s food this restaurant is serving. It is South Africa, and it was the first restaurant across America to serve food from Africa’s southernmost country.

Before we dive into the menu, let’s take note of an interesting story, well rather journey, behind this restaurant. It was founded by Justin Anthony, who only opened as a Plan B, following a tragic end to his soccer career after a bad knee injury.

The patio area and the back bar are a favorite spot for diners.

About five years ago, Justin – the owner of 10 Degrees South restaurant mentioned above, opened the Biltong Bar. As the name suggests, it was intended mainly to be an establishment to get you drunk on sweet alcoholic cocktails brewed from the motherland.

However, alongside the drinks, the establishment got quite popular for its South African dried meat. In South Africa, the name ‘Biltong’ is the name for beef prepared in a certain way to be jerky yet smooth and soft.

As the revelers sip down their intoxicating South African cocktails, they cushion their stomach first with the Biltongs.

The establishment was featured in ‘The Best Food Halls in America by Reader’s Digest.

In the 15th and 16th centuries, one of Africa’s largest states before colonization existed in the western Sahel region. The state called ‘The Songhai Empire’ was one of the greatest civilizations on the continent; most likely, you haven’t heard about that part of the Sahel history.

The Café Songhai borrowed its name from the once-thriving empire and is now the most popular West African restaurant in the city of Atlanta. The establishment serves a mix of Nigerian and Ghanaian dishes, including jollof rice, okra soup, light goat soup, and egusi soup with pounded yam.

On the weekends, diners get a variety of entertainment from comedy shows to live music performances.

If we failed to mention establishments you consider your best African restaurants in Atlanta, please share with everyone else in the comments section. Remember, sharing is caring.

About one year ago Zuri set out to answer a seemingly simple question about the heritage: where exactly in Africa...

Naturalization Process: Becoming a US Citizen

1. Complete Your Application and Get Photographed Complete your application. Get two passport-style photographs taken. Collect the necessary documents. Send...