How to apply for Asylum/Refugee Status in the United States?

Today, wars, famine and economic constrains are forcing people to leave their homelands in search of greener pastures elsewhere. It is no wonder that many Africans find themselves as refugees seeking asylum in Europe and the Americas. Asylum seeking for Africans has been frivolous and painstaking in recent years given the growing number of refugees worldwide and the stringent laws put in place by many Western nations to protect their borders and citizens. Terrorism, racism, jihadist movements and rising global unemployment numbers are pushing western governments to employ stringent screening guidelines on refugees seeking asylum and citizenship.

To be classified as a refugee, one needs to lack the protection of their own country of origin and have a legitimate fear of persecution on account of their race, nationality, religion, political opinion and social membership. The United States Refugee Admissions Program in conjunction with the United States Citizenship & Immigration Services (USCIS), the department of Homeland Security, the Office of Refugee Resettlement and International Organization for Migration are responsible for handling refugee applications.

Therefore, for an African refugee seeking asylum in the United States of America, knowledge of the asylum seeking process and the requirements is vital. This knowledge will help one easily navigate the immigration process and know what is expected of them to smoothly transition from refugee to a US citizen.  Approximately, 700,000 people become U.S. citizens every year after escaping wars and persecution in their home countries which is encouraging. This article outlines how an African refugee can apply for refugee status in the United States and subsequently gain citizenship.

The Immigration and Nationality Act (I.N.A.) Section 208(d)(5) stipulates that an asylum seeker will be granted an interview 45 days after they apply for refugee status and a decision by the state should be available to the asylum seeker within 180 days after application. In some cases, extenuating circumstances on the part of the applicant may complicate the process and subsequently increase the waiting times significantly. To get an asylum status, the application consists of:An Immigration Form I-589,

3. A documentation of the status of your home country supported by the current human rights condition, newspaper articles, and witness accounts that demonstrate how the government violates basic human rights and the treatment of marginalized communities.

4. Once you file your asylum application, the Department of Homeland Security will issue you with a receipt notice to affirm that your application has been filed. You may wait months or even years to have your asylum interview to be scheduled although, in some special circumstances, applicants are randomly selected for quicker processing times depending on the vulnerability of their survival.

Also, through the International Rescue Committee, refugees and immigrants can obtain green cards. This usually happens two weeks after your interview and you are expected to arrive in person to pick the decision. However, the decision may be mailed to you in case you are not able to able to pick it in person. The process may sometimes be lengthy and costly on the part of the refugee but worth the wait.  After being approved as a refugee by the United States Refugee Admissions Program, one will be resettled in the United States.  Sometimes, to be eligible for asylum in the United States, a foreigner must first become a resident by being a green card holder.

In reality the United States Government authorizes very few asylum applications within the stipulated timeline today. This is due to the current refugee crisis globally fueled by civil strife in the Middle East and Africa coupled by economic problems in South America that has led to an unprecedented surge of numerous refugees who have created a backlog of new asylum applications at the USCIS. Therefore, asylum seekers today should be aware that the process may take longer than expected with no definite waiting times. Sometimes, you may be scheduled within six weeks of application and you are expected to reveal during the interview how you fear for your future if you return to your country of origin.

In response to this new influx of refugees, the USCIS has created a three tier prioritization system for asylum seekers to alleviate the high number of applications.

1. Firstly, applications that were scheduled for interviews but the applicant requested a new interview date are given first priority.

2. Secondly, applications by children are given a second priority and

3. Thirdly, pending asylum applications are considered in the order they were received with older cases being scheduled firth

Once you have resettled, the United States government will offer you housing and other relocation services for a period of 90 days after your arrival. You will be eligible for different refugee benefits and assistance programs depending on the U.S state you resettle in. As a refugee, you are expected to be a self-sufficient U.S. citizen as soon as possible. One year after admission to the United States, the refugee can apply for legal permanent residence. After living in the United States for five consecutive years living as a loyal and law abiding permanent resident, the refugee can then apply for U.S. Citizenship.

In case your asylum application is not approved, you will be given a document called a ‘Notice of Intent to Deny’ (NOID). This document calls for you to submit further evidence to the asylum office to justify why you should win the asylum application. However, the NOID does not allow you to seek an attorney or judge to review the decision but you are advised to leave the U.S before your authorized stay ends. If you are not in a valid status like a VISA overstay, you will be placed under deportation proceedings in the immigration courts. In court, the presiding judge will hear testimonies from your friends, family and submitted evidence to determine whether you are allowed to remain in the U.S. The judge may grant you, the refugee, asylum benefits, withhold your deportation and even grant lawful permanent residence in form of a VISA Green card to the refugee.

The one year filing deadline dictates that asylum seekers should file their application within one year after they arrive in the United States. Some extraordinary circumstances may allow an asylum application after the one year recommended timeline in some cases but the application should be filed within a reasonable period of time, usually within a few months after the events that caused the circumstance. You must be 18 years old, be of good moral standing, able to read and write Basic English, and demonstrate an understanding of U.U. ideals and disciplines enshrined in the constitution.

To apply for naturalization, the refugee will have to meet the general legal requirements of citizenship and pay a fee of $725 to the U.S. Citizenship and Immigration Services (USCIS). This process will take between 6 and 14 moths. After this, you will receive an appointment letter from USCIS that will take you through various background checks by the Department of Justice and the FBI for clearance. You will then be interviewed by USCIS officers who will question your application, background history, character, and understanding of U.S. Constitution where you will be required to take an oath of allegiance.

Ideally, the above steps are the conduits through which an asylum seeker can gain refugee status and subsequent U.S. Citizenship. It may be lengthy, straining and demanding but following the legal methods will guarantee a refugee definite and indisputable refugee status in the United Status. Therefore, exercise patience and due diligence when seeking your asylum status in the U.S. 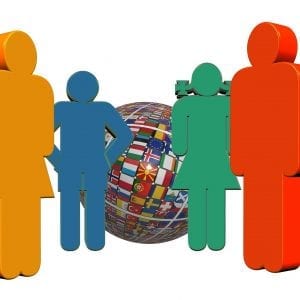 Overview A lawful permanent resident is a foreign national who has been granted the privilege of permanently living and working...

Our Struggle to Send Our Dead Relatives Back Home

As immigration continues to rise worldwide, more and more Africans continue to build their lives outside their countries of origin....