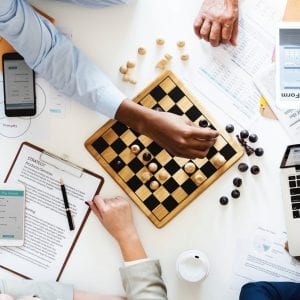 What career strategy should an African Immigrant consider?

I have spent considerable time reading and listening to resource person’s talk on career development. While working on this topic, I stumbled on Elana Lyn Gross career’s talk centered on a fellow black and who by her background happens to be connected with a black immigrant from Jamaica. What intrigued me in the article is her talk about using value and purpose to find a career path. I sincerely think this is apt for the subject of this discussion: career strategy the African immigrants should consider!

Elana’s focus was on Nicole Isaac, whose early life story resembles the African immigrants; but given the opportunity to rewrite her history in the land of opportunity by her mother, she not only makes good her chance to change her life, but she is also in the crusade to affect other people’s life positively. Nicole is currently responsible for LinkedIn’s policy and government affairs; she is the head of US public policy at the career-oriented social media platform.

African migration and economic reality in the U.S

African immigrants in the U.S. are estimated to be around 1.7 million and account for 4% total immigrant population in America. Several factors cause the growing trend in migration, but of greater emphasis is the economic factor for migrants seeking better living standard and to escape the hard economic realities of their home countries. African immigrants in the US are competing with other migrants from around the world. The US is largely an immigrants’ destination because of the seeming opportunity and the country’s policy towards visitors. The other side of such accommodating system is that the supply end of labor will be more than the demand and in a simple economic sense, there is the need for African immigrants to look inward to meet their employment needs through creative thinking.

It is an error of judgment for anyone to think that the US is doing immigrants a favor by opening its doors to people from around the world to come. However, it would be foolish of any immigrant to think there is a natural flow of milk and honey in the land of opportunity. As we speak, many immigrants are living below the UN poverty index, yet America is a land of opportunity!

Unless the individual immigrant sits back and develop a survival plan and be creative on career strategy that would help them realize their American dream, the reality of unemployment and underemployment is becoming crystal clear with every passing day.

Use your value and purpose to find a career path

It is not all African immigrants that are facing a dire economic situation in their home country before deciding to leave their country for America. According to a McKinsey Global Institute research, 90% of the 247 million world migrants voluntarily left their country of origin to seek better living condition in their country of adoption; this means every immigrant has a purpose and a driving value that can sustain them in their host country. I want to talk about the Value and Purpose that motivated African immigrants to come to the US; to risk everything back home and decided to settle in another country despite all the odds of becoming a stranger in another man’s land.

In the business world, the guarantee an entrepreneur has in selling to a prospective customer is the value he proposes; I see career choice in the same light. History is filled with workers who later became the owner of the business they were once an employee; such workers didn’t hold a gun to the previous owners head and forced him to surrender the business. They become the owner as a result of value exchange!

If African immigrants want to survive the imminent job crises in the guise of unemployment or underemployment, there is the need for creativity around your value as the driving force not only to guarantee continued employment but also to keep earning a living wage!

I once read the story of an African journalist who ran from his country during a political crisis in which he was cut in the crossfire of politics. He arrived in the US to face the reality of no job! His only option was to have the qualification to be accepted for employment. He decided to go back to school, and use his spare time to hustle for survival. A few years down the line, he had his qualification and got a job and soon became one of the top reporters for one of the country’s top Newsmedia.

A medical doctor who left Africa because he felt the limitation of the environment on his profession should use his value as a doctor to drive him towards securing the kind of life he is seeking in America. Living a life of purpose is the only way African immigrants in the U.S. can successfully achieve their goal of becoming an immigrant!

There are many agencies in charge of granting immigrants the permission to work in the U.S., one way of getting their approval is to meet the legal and verification required for the job you seek. When you are in a system where there are processes and you are guaranteed the workability of such arrangement, the best thing to do is find out what you need to get approval and develop yourself to get it.

Unless Africa immigrants learn to work with the system in the U.S. in the light of following laid down regulations, and pursue what you need, there are serious troubles ahead if you fail to comply. There is a Nigerian southwest adage that says “a ki ti ese bo odo tan, ki ama ki gbe otutu” which in translation means – you don’t enter the river to start complaining of cold!

It is not a secret that the developed world thrives on the rule of law; while the developing countries are ruled on the whims and caprice of their leaders. While we admit that no human system is perfect, we do know that where your right as a legal immigrant is denied or suffered any abuse in the U.S., you have a listening ear from the system unlike what obtains in Africa where power is might and blind to the suffering of the vulnerable mass public!

The need for purposeful career development

I once had a conversation with a British trained Nigerian doctor who after his medical training to South Africa to work briefly before going back to Britain in furtherance of his medical profession. After about two years, he returned to Nigeria to continue his medical practice. Nine years after, he applied to a UK medical center, and his application was turned down. Upon appeal, he was told to go for some makeup exams to reevaluate his competency. This took him two years to accomplish; after he was employed, out of curiosity, he asked why was his application rejected, he was told that his orientation has changed having practiced in Nigeria for nine years.

African immigrant must not forget why they are in the U.S. to serve a life far less tolerable back home. Therefore, your career choice should be one that fits into the reason you left your country to become an immigrant and do not lose focus for any short-term gain!

I do not doubt that Africans immigrants in the US can come up with an excellent career plan to land the right and productive career. This discussion, however, is aimed at refocusing your resolve to stick with the original reason you came to the States.

Unlike immigrants from other climes, Africans are a family-oriented society where the majority have their kit and kin to cater to their needs back home. The only way to get this task done is if you are gainfully employed as an immigrant.

Mikhail is a content creator, a digital marketer, and an entrepreneur. He studied Political Science at the University of Ilorin Nigeria. 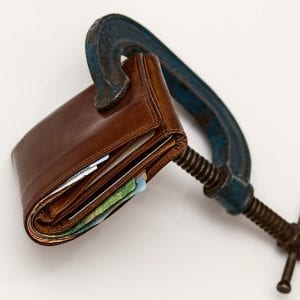 How to survive in the US for low income

I am writing this piece knowing that the typical African will survive in any environment. While his spirit is built...

Each year tens of thousands of visas are issued to a spouse or fiance of an American Citizen so that...