Our Struggle to Send Our Dead Relatives Back Home

As immigration continues to rise worldwide, more and more Africans continue to build their lives outside their countries of origin. Most of these folks go about their days with the thought of dying in a foreign country rarely crossing their mind.

However, as we all know, the grim reaper cares not for the place nor time of death. It’s thus inevitable that people will die abroad.

Most African families believe that a deceased relative must be laid to rest in their homeland. Similarly, most African immigrants around the world have a strong desire to be buried where there were born.

An African family that is faced with the grief of a loved one dying overseas will, therefore, do everything possible to bring back the mortal remains of the dead relative to his/her home country (i.e. repatriate the body.)

Nevertheless, repatriation can be a nightmare to the family you leave behind. So, if you are living in the diaspora, you should start thinking about protecting you and your family.

Dying in A Foreign Country Can Make A Terrible Event Worse

The truth about moving a loved one’s remains is that you are bound to encounter legal, bureaucratic and social obstacles, and for the most part, only money will speed up the repatriation process.

Sara has lived in the US for over 20 years now. Two years ago, her 20-year old nephew, Tayo, came to study in the US and naturally she took him in. Tragedy struck just a week before Halloween when Sara’s nephew was killed in a hit and run.

“My sister was completely torn apart when I gave her the sad news about Tayo,” says Sara. “Amid her tears, she begged me to help her bring her son home. I couldn’t say no.”

As Sara soon realized, the process of repatriation is both sensitive and more complicated than most people would imagine. More importantly, she also found out that neither she nor Tayo’s family could absorb the cost of sending Tayo back to Nigeria to be buried.

Tayo’s father took out a loan and sold some family possessions, but that came barely close to the amount needed to return Tayo’s body home. So, they had to turn to family and friends for help.  Sara helped set up a GoFundMe campaign to raise the money needed to repatriate her nephew’s remains.

One month after Tayo passed away, his body was finally laid to rest in a small village in Kano, Nigeria, where he was born.

It took more than USD 17,000 to transport Tayo’s remains back to his homeland. In addition to the grief of losing this young soul, Tayo’s family was also left with an unexpected consequence of paying off the huge loan his father took out.

Repatriation Insurance Helps You Deal with Death Away from Home

As mentioned earlier, repatriation is a complex process. The bureaucracy involved requires not just the knowledge but the coordination of various laws, regulations, and customs. Each mistake, incorrect documentation or logistic error only slows down the process and creates extra stress for the deceased’s family.

Getting repatriation coverage may ease the burden of grief on your family by assuring them that your remains will be delivered home safely, responsibly and promptly.

With repatriation coverage, the insurance provider gets your family a funeral director. The funeral director will handle all the relevant body preparations, certificates and paperwork in the country of death as well as in the receiving country (i.e. the home country where the deceased is to be buried).

The funeral director will also coordinate the seamless and professional transportation of the body (or ashes), in compliance with national and international laws, from the place of death to an agreed-upon funeral home.

Note that depending on the terms of your contract, the insurance company may not get you a funeral director but instead choose to pay for the expenses of repatriating your mortal remains.

In such a case, the insurance company makes a payout to the policy holder’s family to help them meet the cost of repatriation.

However, most insurance providers have strict limits on how much money they will pay out towards repatriation. This is to say that the insurer may not pay beyond a particular amount even if the cost of repatriating your loved one is higher than that amount.

We are fortunate enough to be living in a world where insurers compete to provide the best policies. Consequently, there’s considerable differentiation in the various repatriation cover options available and so you’ll have a variety of excellent plans to choose from.

Typically, repatriation cover is provided as part of a core international travel or health insurance plan. It is an insurance product that’s rarely offered separately on its own.

For short-term travel overseas, you may buy a one-time plan. The plan covers you for duration that you stay outside your country- like say when you’re cruising, vacationing or studying abroad.

However, if you’re an expatriate, (i.e. you live and work outside your home country) your stay abroad is most likely going to extend beyond a few years. Hence, you might need a more detailed, life-long insurance plan which you’ll have to renew annually. Such a plan covers you indefinitely as long as it’s active.

The terms and cost of your repatriation cover will vary based on your country and insurance provider. Nonetheless, like many other insurance types, repatriation premiums are calculated based on the applicant’s age and current health status. Your provider may also factor in a baseline cost and “bake” it into your policy coverage.

You may buy a repatriation cover plan in your home country before leaving for a foreign country. This is generally ideal for short-term travel and stays abroad, and way cheaper than buying insurance in the west. International students, for instance, are better of buying insurance at home.

On the other hand, an expat who’s going to spend years living abroad may find it more convenient to purchase the repatriation cover plan in their new country of residence. If, for example, you live and work in the US, buy your insurance in the US.

Irrespective of where or from whom you buy insurance, it’s of utmost importance that you notify your family and provide them with all the documents needed for them to make a successful claim from your cover provider.

Be Sure to Read the Fine Print

As you shop for repatriation insurance, you ought to remember that insurance is a business. That being the case, your insurer would prefer not to fork out thousands of dollars to repatriate your remains.

Insurers have been known to use misleading wording that’s open to interpretation which gives them some wiggle-room to turn down a repatriation claim. Therefore, be keen to read all the terms and guarantees offered in your plan.

In other words, don’t sign an insurance contract if you don’t understand it, aren’t comfortable with the terms and level of cover provided, or if its wording is poor.

The cost of paying for repatriation cover is ultimately smaller and more manageable compared to your family being burdened with the immensely high cost of coordinating the transportation of your body back to your home country. 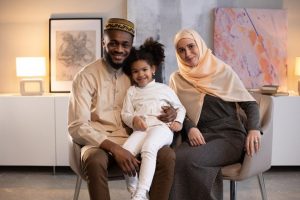 10 Things You Didn’t Know About Living in the U.S.

Moving to the United States is a long process. As one of half a million immigrants from Nigeria, you probably...

Studying In The United States: Overcoming The Financial Burden

Education, they say, is the key to success in life. Unfortunately, it can also be one of the most expensive...