In recent years, immigrants in the U.S. have faced increased scrutiny due to the rise of nationalism and hardline immigration policies. However, some U.S. cities are defying federal mandates that make immigrants less secure. Immigrants from all over the world have moved to the United States for either education, work, family reunification, refugee relocation program, winning a visa lottery or just to join a partner. Despite the stringent situations of unfriendly cities and unfavorable policies faced by immigrants including Africans who immigrated to the US, there are some immigrant-friendly states and cities in the U.S. with policies that would benefit immigrants and attract them.

Some of the factors that attract immigrants to most of these cities is the availability of jobs, cost of living, affordable tuition and family-friendly environment. Remember that some Africans migrate to give better opportunities and a better life to their family and offspring.

A common characteristic of immigrants in various destinations and in various time periods is that they tend to be geographically concentrated. Immigrants from a particular origin tend to live in areas where others from the same origin live, rather than distributing themselves across the regions of the destination in the same proportion as the native-born population. The major reason they continually settle in specific areas is to draw on existing networks of high number of Africans in areas where they are settled. They believe because Africans and possibly people from their home country or acquaintances are there, they can hit the ground running using the network that has been built overtime.

Known as one of the most traveled destination in the US, New York offers is a good place to start a business because New York is always filled with new people. Although it may sometimes be difficult for such businesses to thrive due to the high cost of living says Mr. Christopher an African immigrant who migrated from New York to Philadelphia which has since seen his business grow and reduced the cost of living by half the price.

Another state that has seen a large number of African immigrants that calls it home is the state of Maryland. Although a beautiful state with a lot to behold, the cost of living in Maryland is on the high side. Its numerous barriers have prevented legal immigrants from taking the final step of their American journey. Some of these barriers includes high cost of living, the high cost of accommodation which can go as much as $ 2,315 monthly and many more. Despite its large African community, Maryland can prove to be a difficult place for African immigrants to get on their feet.

The state of Texas is yet another state that has seen a large number of African immigrants migrating there. This is due to the fact that Texas has proven to be a state where its quite easy and comfortable for immigrants to settle in and get on their feet. From its low cost of living, cheap accommodations, abundant supply of manual labor jobs and an education system that is above average to its policies that’s comfortable for immigrants, Texas has carried its weight in supporting its immigrant communities. Current studies show that the number of African immigrants moving to Texas far outstrips other US states. Many migrated there for jobs, as a result of the unconventional oil and gas boom which has helped turned Texas into an economic juggernaut, manufacturing, construction and business services.

In addition, Texas offers a low cost of living, cheap utilities and most importantly low housing prices. Some say “In New York or California, if you’re a blue collar, you would be renting forever and struggling to make ends meet”. In all, the state policies have been known to favor immigrants says Veronique Johnson a West African immigrant from Cameroon. She has held a job for 10 years as an instructor at The Central Texas Nursing Network and life has since been comfortable for her. It has even spurred her to invite many of her friends and family members resident in other states and stuck in survival jobs to relocate to Texas to rebuild their lives and careers on a cheaper scale.

We hope this article will help African immigrants pick the right city to start off their American dream. Many may have family relations and friends in some states but may not find it easy to start off their career. It is therefore advisable to conduct a proper evaluation is done of the economic conditions, opportunities and prospect for growth before settling in a state or city. 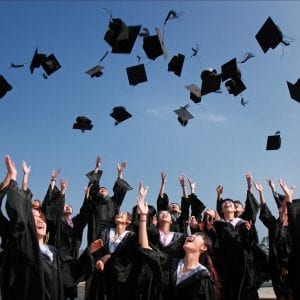 Studying in the US: Overview

The United States has one of the best education systems in the world and it is recognized by many African...

The African diaspora is myriad and multifaceted. All over the world, there are populations of African descent present from the...