Economic and cultural influence of the African Diaspora

Studies in the African diaspora today reveal a growth and an integration of African culture all over the world. Right from the Atlantic trade in slaves, millions of Africans have integrated into European and American societies with a significant impact on the cultural and social paradigms of the regions they have settled in. African cultures have transferred their knowledge and skills to the rest of the world with notable influences on economics, music, religion and even cuisine. Economically, the African diaspora’s contribution to areas they settle in and their homeland is immense and innumerable. They have led to development in the United States and at the same time greatly influenced the economic growth of their own homeland, Africa.

CULTURE
The modern African diaspora has greatly enriched and transformed the culture of the areas in which they inhabit. This is because members of diasporic communities share an emotional attachment to their ancestral land and consequently, their ethnic and religious identities have transcended geographic and historical boundaries. In many parts of the world, these diasporic communities and their ancestral homes share broad cultural similarities.

During the transatlantic slave trade, an estimated 15 million Africans were deported out of their homeland to Europe and the Americas. This diaspora constitutes the historical diaspora and belongs to the first wave of African migration. This population blended into their host populations and partly lost some of their heritage. Their connection to their land of origin has also been lost through generations. However, they still consider themselves attached to the entire African continent as their homeland rather than identifying allegiance to specific countries in Africa. Ideally, the historical diaspora is still considered a part of the African diaspora today. This is because, although tangible links to their homelands faded away through generations, symbolic ties were retained through cultural practices and their choice to invest in Africa economically and socially.

Although, slavery left many black Americans devoid of their African lineages and ways to define their identity, their dressing style, familial ties and significant traditions have been practiced over the years to showcase their ‘Africanness’. The annual African American day parade held in Harlem is one such example of ways African Americans showcase their African pride and define their sense of belonging to Africa. Created in 1968 during the Civil Rights movements, the parade’s main goal is to inspire African Americans to embrace their African heritage and proclaim independence within their communities in terms of education, health, politics, arts and business.

Culinary influence
African culture in the diaspora has been preserved through their notable cuisine in many parts of the world. When it comes to food, African cookery has found its way into diets of their host communities. Unintentionally the healthy African cooking techniques have inspired good health through cultural food traditions globally. Our African ancestors arrived in new regions that featured a host of local delicacies as well as cultural influences that eventually shaped their current unique cooking recipes.

Back home in Africa, saucy vegetable stews and soups are part of traditional meals incorporated with whole grains and cereals. African meals are usually hearty and full of spices and appetizing aromas which have become popular worldwide. In the US for instance, African Americans have created numerous cuisines simply referred to as food to fall in love with or ‘soul food’. With vegetables like cabbage, okra, tomatoes and peppers straight from the garden, African American foods are usually freshly cooked and delicious. For instance, Creole cooking popular in Louisiana has roots in Haitian cuisine and is home to the world famous gumbo soup.
The Caribbean experience brings to the table various seafood that have formed the African diaspora diet today. With culinary influences from the French and Spanish, traditional African-Caribbean food includes seafood, rice, peas and tropical fruits like papaya and guava. In South America, African heritage cuisines like the popular Brazilian seafood dish called Moqueca Baiana prominently features African ingredients like palm oil, coconut milk and cilantro.

Music
Essentially, jazz music is considered an aesthetically African contribution to music. According to Gunther Schuller in his book Early Jazz: Its Roots and musical development, he outlines how every musical element in jazz-its harmony, rhythm and right down to its basic form is essentially African in background and derivation.
Initially, jazz music originated from the African residents of New Orleans in a style formally known as Dixieland. It was a means for African Americans to free themselves from the rigidity of standard music and dance or other popular music styles at the time. Black Americans found jazz to be soothing, danceable, repetitive and unchallenging to play, a reminder of music back home in Africa.

Under oppression, slavery and marginalization, Africans in America found jazz music as a solace that defined their own identity, through its unique language and musical notes. Jazz music has in effect formed the art of black American culture and transfused into their spiritual lives to create an iconic worship style inherent in present day Pentecostal churches. Black gospel has today spilled into secular music and incorporated itself in black American culture as a result of the spread and appreciation of jazz music worldwide.
Composers like Alden Carpenter, Aaron Copland ad Igor Stravinsky were drawn to the captivating instrumental sounds of the art form and especially its ability to be improvised on stage. The tenacity of jazz music can be noted by its ability to become professionalized and standardized barely a decade after its inception in the 1920s. Besides, jazz went on to become popular with all races and nations to become a sophisticated show and stage music. In 1924, George Gershwin’s Rhapsody in blue became the first jazz symphony concert. Today, Africans also enjoy and partake in this exquisite art form in concerts like ‘Blankets and Wines’ and ‘Safaricom jazz festival’ in Kenya.

ECONOMIC DEVELOPMENT
Wherever they go, Africans have created community organizations in a show of identity and solidarity in the diaspora regardless of their countries of origin. Economically, the African diaspora over the years has been viewed as a major catalyst for the development potential of the African continent. According to the World Bank, although there are voluntary and involuntary Africa diaspora residing outside of Africa, their interests often intersect with a mutual love and investment stake in Africa. The United States is Africa’s largest trading partner with an approximated $24 billion dollars remitted by Africa to the United States in 2002. Besides, the United States spends over $2 billion dollars annually as donor aid to Africa for developmental and humanitarian aid.
Furthermore, In the United States alone, African American citizens have an annual collective purchasing power over $450 billion dollars. Moreover, African immigrants to the United States have attained some of the highest educational attainments with over 250,000 scientists and physicians of African origin. Emigration of skilled Africans has been viewed as a disadvantage due to the brain drain of skilled Africans to the west in search of better pay, better trade opportunities, lucrative investment opportunities and acquisition of better knowledge. However, China and other Asian countries for instance have tapped into their lucrative diaspora as a source of knowledge and external investment.

To this regard, African states have created financial instruments that facilitate business contributions of the diaspora to the region. There have been initiatives over the years to establish cross border payment systems like Western Union and M-Pesa global in Kenya. African governments like Ethiopia and Rwanda have recognized the economic value of their diaspora members and encouraged investment through polices and direct government involvement in establishing links to their respective Diasporas.

Ethiopia for example grants its diaspora members a yellow card for investment whereby members investing in the country enjoy the better benefits and rights than domestic investors. They enjoy tax exemptions for seven years and a 100% duty free importation of equipment and machinery. They also receive 0% customs charge on spare parts and total value of goods imported. These incentives have initiated growth in small and medium enterprises in Ethiopia facilitated by diaspora investment that are otherwise expensive to run by nationals living in the country.

CONCLUSION
In conclusion, although the customs, religions and art forms of African immigrants are often reshaped by the new realities in their host communities, they undoubtedly form a part of the culture of their host communities. Moreover, their identity and sense of belonging to their homeland Africa is always present in their investment decisions and cultural practices.

Too African to be American, Too American to be African: Growing up as a first-generation African Immigrant

Growing up is not easy. I mean, think about all the changes you are confronted with as a baby living... 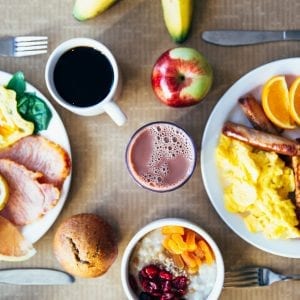 Africa may not be leading in science and technology, it may not be so good in edtech, social infrastructure, advanced...