Falling into the art of drawing, much like Obelix and the magic potion, he became a painter without even realizing it. This artist graduated from the Kinshasa and Lubumbashi Fine Arts academies and since 2015, is the owner of two art galleries, one in his native Democratic Republic of Congo (DRC) and the other, in Paris, where he resides. Portrait of an artist with three heritages: Congolese, Belgian and Brazilian.

This artist, who is turning 62 in 2022, portrays a particular affinity for beauty in his artwork. His paintings are an explosion of colors, between realism and fantasy.

“Africa is my main source of inspiration. I believe our first steps on earth are the ones that left the biggest impression. I see the world with my African eyes”. Claudy Khan says, highlighting a common feature in his artwork.

The second common feature is Women! “What is more beautiful than women? Than our mothers? Without them, the world is nothing.”, says Claudy. The mothers of humanity are shown in almost all the paintings made by the Congolese artist. Whether they are vindictive heroines, evanescent fairies, all-powerful goddesses or simply lovers with eyes full of affection and generous lips, women are represented in the majority of Claudy Khan’s large paintings, the least expensive ones valued at USD $3500.

The third common feature of all Claudy Khan’s paintings is color. Whether they are hot, blood-red like the liquid of life, or scarlet-white like a reflection of light on the snow, the variety of colors are harmonious in the artworks of this artist, who uses pastels and acrylic paint. “Why not use colors to brighten the sometimes gloomy weather in Europe, and make our hearts beat like African tribal drums?”. For me, colors express a state of mind.” he explains.

Claudy Khan, the son of a prominent businessman began drawing at an early age. Disagreements with his father were frequent, the first of many being his father’s opposition to Claudy’s choice of studies at the Lubumbashi Fine Arts Academy. Other conflict followed when the young man with heritage in three continents, wanted to settle in France.

The artist’s three major life stages shaped him into the man he is today: the learning phase enabled him to create his first successful exhibition; his artistic conquest of the world that almost was short lived, until the opening of his second art gallery in the DRC, a return to his roots.

The arts, an inheritance and a family conflict

Much like Monsieur Jourdain, a character from Moliere’s novel who spoke in prose without being aware of it, Claudy Khan began drawing, by chance, without awareness of his talent.

As a child, he was influenced by two artists, Pascal Lukussa and Moussa Diouf,his maternal and paternal uncles, respectively. Trips with his father in observing towns and villages enabled him to take part in many cultural enriching experiences. Claudy Khan is also inspired by the humanism of his mother, a nurse. An image of a woman who gives and heals other’s lives, is a focal point in the artist’s work.

Khan spent his childhood between Kinshasa, Kisangani, Lubumbashi and several other small villages where his father, agronomist and entrepreneur owned coffee plantations. Overall, Claudy Khan had a childhood free from want. The first real family turmoil occurred when the 12-year-old boy decided to study fine arts instead of medicine, as desired by his father. The father refused, but the son persisted. Claudy Khan slammed the door of the family home. He left, but pressured his father with the help of his close and extended family, until his father eventually blessed his son’s field of study.

After studying for 2 years, Claudy Khan learned and discovered various artistic techniques. His ambition and constant motivation to take on new challenges encouraged him to apply to the Kinshasa Fine Arts academy, the top arts school in the country in the 70s. This time, the battle against his father was more easily won, as over the years he became more supportive of his son’s choices. At the age of 14, Claudy enrolled at the Kinshasa Fine Arts academy where he spent four years and graduated with a degree in Artistic Humanities.

When he turned 17, Claudy Khan held a first-time art exhibition at the Okapi hotel in Kinshasa, DRC, a phenomenal success as all his paintings were sold! Post-exhibition, he felt he had conquered the DRC in the art world, and began to dream about bringing his work to the other parts of the planet. He decided to move to a developed country to further his studies, but he didn’t settle in Belgium, the former colonial power of the DRC: “I first enrolled in Architecture in Montreal, Canada, but on my way to Canada, I stopped in France to visit friends in Nantes. I did not continue my trip because I enrolled in Architecture there.”

The first year abroad from his family was a financial challenge, as he was not on a scholarship. Claudy survived by teaching art classes and selling paintings, but to his surprise, his paintings were not of public interest. After a period of self-questioning and introspection, Claudy came to a realization when a French fan asked him: “why do you paint blacks? ”

The young man realized that he had continued to follow his creative inclination regardless of his new environment and target market. Claudy Khan remembers it with a small smile: “In Africa, I sold everything … to European tourists! In Europe, I did not sell …I was the tourist! So, I had to “write” my painting so that the same European tourist could read me and not bring back a souvenir from Africa “.

Claudy looked forward to the university summer break. In Kinshasa, he held a new exhibition, another massive success. The proceeds from his painting sales supported him for the next two years in Europe and he was able to continue his studies in Architecture.

The evolution of artistic techniques

At the beginning of his studies, Claudy Khan sought to find his style with a variety of techniques: “I explored everything: painting with a knife, a brush, an airbrush, oil, pastel, charcoal, and acrylic. I also tried both canvas and papers. I think it’s best to test everything when you’re looking to find your favorite tool.”

Since 2008, the artist started working simultaneously on several paintings. First, he lets the paint flow on the prepared canvases. Then, Claudy shakes the canvases to let the colors and hues blend, forming effects and defects. The artist lets the work dry, then observes them to see “what the painting wants to reveal to him”. The finished painting is therefore “inspired by colors”, according to Khan.

When asked what message his paintings convey, he points to his style of work and responds: “Open your eyes, read deep inside of you and you will see!”. 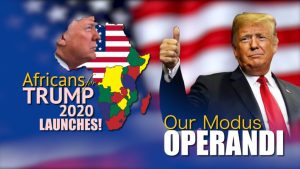 How to apply for Asylum/Refugee Status in the United States?

Introduction Today, wars, famine and economic constrains are forcing people to leave their homelands in search of greener pastures elsewhere....