There have been black popes like Pope St. Victor I (189-198 or 199), conquerors like Hannibal of African origin and Aesthetically, Africans, or Africa as a whole form an essential part of humankind’s history, from its Neanderthal origins to todays sophisticated and advanced Homo Sapien-Sapien. Therefore, following the origins of the African diaspora is complex and at times confusing.

However, the modern documented diaspora is easily studied. All Diasporas according to Robin Cohen are divided into voluntary Diasporas, trading Diasporas, cultural Diasporas and victim Diasporas. This article outlines the origins and present settlements of African diaspora in Africa and the world. It attempts to outline the historical conditions, and experiences that gave rise to the African diaspora communities’ today.

In recent years, African diaspora entails to enslaved African descendants in the 16th and 19th century, voluntary immigration from Africa in the 1990s, and the current Trans-African migration of African people.

The earliest stream of African diaspora is a little different from the current phase of diasporic movement from their home continent. It constitutes a great migration of Africans within Africa. For instance, the Bantu speaking people moved from their original homes in present day Cameroon and Nigeria to regions in East Africa and along the Indian Ocean.

Soon after, the Indian Ocean trade among the Africans, Asians and Arabs led to the movement of Africans to continental Asia and parts of Europe. It resulted in the creation of black communities in India, Spain, Portugal and Italy long before Columbus began his voyage to the Americas. Many Ethiopians are documented to have moved and settled in various areas of the Greco-Roman empire due to economic, diplomatic and military reasons.

Although it is a blight to history and a shame to humankind, much of the African diaspora today was dispersed through the infamous slave trade. During the transatlantic trade, African slaves were captured in various parts of Africa and sold to markets in the Middle East and India in the 15th century. The 19th century saw the European descend on the West African countries capturing Africans from the West African coast for sale to cotton and sugarcane plantations in the Americas. This was forced migration and the African continent further suffered colonization in later years when the slave trade was banished. Both atrocities by slavers and imperialists left an indelible scar in the hearts of those in the African continent and in the slaves’ descendants to date.

The slave trade devastated the African communities economically as vital generations of young energetic people were captured thereby devastating the continuity of whole societies. However, communities formed by these captured Africans survived till this day to form vibrant communities in places like the America’s and Asia. They have blended into local communities today to form a vital and important integration in their host communities. In the United States for instance, we have an African American population and in Brazil, we have a massive black population that forms an indivisible part of Brazilian culture and politics. Nearly half of Brazilian citizens are of African descent. Moreover, in the United States and the American territories like Puerto Rico, many Africans intermarried with multiple ethnic groups to form multi-ethnic societies visible in Haiti and Cuba today.

Much of the present day diaspora of Africans constitutes of Africans moving and resettling in various parts of the world and among other African countries. The two world wars saw the recruitment of thousands of Africans as soldiers. These Africans stayed on in Britain, Europe and America to form a vital part of the African diaspora. Internal conflicts in parts of Africa like Congo and Sudan have led to many deaths and a subsequent movement of Africans to the West in search of better living conditions as asylum seekers and refugees.

Moreover, sons and daughters of affluent Africans have voluntarily immigrated to the West in recent years to fulfill their dreams. They immigrate with the hopes of prosperity or freedom since they believe their aspirations cannot be fulfilled in Africa, their homeland due to civil strife and wanton corruption. This exodus of vital manpower and technical skills from the continent has rids Africa of over 20,000 African professionals. Today, the United Nations places over 40,000 P.H.D holders working out of Africa and over 100,000 expatriates employed in the continent to offset the annual immigration.

This movement has led to a brain drain of the African continent, with doctors, lawyers and business people working in the diaspora. However, today, African governments have tapped into these diaspora people to create direct or indirect involvement in their home countries. The declaration by the African Union and NEPAD that the African Diaspora is an effective champion to reform in the continent, the African diaspora has made lucrative business investments that develop their home regions.

Furthermore, Diasporas also experience an evolutionary metamorphosis in which their practices and cultures are changed or remade. Therefore, being a diaspora means a continuous process and a navigation between many social identities. 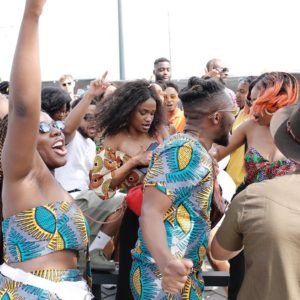 Top African Festival Events across the US to attend in 2021

Looking to party, music fest, cultural fest, African arts festival, culinary adventures from the motherland? Here is a list of... 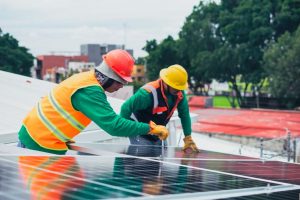 Embracing a sustainable business strategy has many benefits: Along with helping the environment, sustainable companies are often more attractive to...